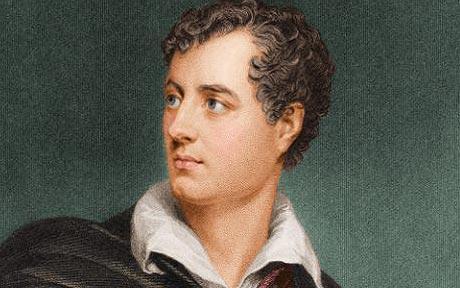 Science and poetry were once closer than they are now, writes Steve Jones in response to National Poetry Day.

Thursday is National Poetry Day, a fact that once would have been of much interest to scientists. In the 1700s several poems appeared that passed on a scientific message. The best known is The Loves of the Plants, by Erasmus Darwin, who in 1791 set out in verse an account of the sexual habits of the vegetable world. He used heroic couplets, in which the rhyme pattern is AA, BB, CC and so on (for the sensitive plant, for example, he wrote that “Weak with nice sense the chaste Mimosa stands,/ From each rude touch withdraws her timid hands;/ Oft as light clouds o’erpass the summer glade,/ Alarm’d she trembles at the moving shade”). Byron, a rather better poet, liked the form ABABABCC and in his epic Don Juan even manages to squeeze in a mention of Newton (“And this is the sole mortal who could grapple/ Since Adam, with a fall or with an apple.”)

Poetry, in other words, is mathematics. It is close to a particular branch of the subject known as combinatorics, the study of permutations – of how one can arrange particular groups of objects, numbers or letters according to stated laws. As early as 200 BC, writers on Sanskrit poetry asked how many ways it is possible to arrange various sets of long and short syllables, the building blocks of Sanskrit verse. A syllable is short, with one beat, or long, with two. In how many ways can a metre of four syllables be constructed? Four shorts or four longs have just one pattern for each, while for three shorts and a long, or three longs and a short, there are four (SSSL, SSLS, SLSS, and LSSS, for example). For two of each kind of syllable, there are six possibilities. Do the sum for metres of one, two, three, four and more and a mathematical pattern emerges. It is Pascal’s Triangle, the pyramid of numbers in which the series in the next line is given by adding together adjacent pairs in the line above to generate 1, 1 1, 1 2 1, 1 3 3 1, 1 4 6 4 1, and so on.

As in a great poem, hidden within that elegant structure are deeper truths that touch on apparently unrelated things; on fractal patterns, on the theory of numbers, on primes, and of complexities too deep to be accessible to mere mortals untrained in the mathematical art. One useful property is that Pascal makes it possible to ask in how many ways it is possible to arrange a group of objects, be they footballers in a league, or lines in a poem.

The French writer and amateur mathematician Raymond Queneau took advantage of that in his 1961 book A Hundred Thousand Billion Poems. It consisted of a series of 10 sonnets of 14 lines, each with exactly the same structure of rhythm and rhyme and with each line printed on separate strips of card that could be rearranged. They are eccentric but engaging: one begins, in translation, “The Parthenon horse looks nervous on the frieze,/ Since Elgin seems to think the nose de trop,/ Just as the Turk is deeply mired in sleaze,/ The ‘re’ in all his songs came out as ‘doh'”.

Another starts: “When all that’s left is sorrow and disease,/ When undertakers peer and say O-ho!/ The timid mutter into their goatees,/You hear your spouse pay off the medico“. The lines are then reordered at random to generate new poems – to give, according to the Law of Pascal, 10 to the 14 possible combinations. At 12 hours a day, it would take around 300 million years to read them all (which is about the time it took us to evolve from reptile to human).

And, speaking of reptilian poets, it has just been announced that a cache of letters from Philip Larkin to his mistress Monica Jones has been found (The Daily Telegraph published a selection last week). I look forward to reading more of them, for who can afford to miss the writings of the man who produced the most genetical poem in the English language? I quote the second verse, for his views on Mum and Dad in the first are not suitable for the chaste Science page of this newspaper: “Man hands on misery to man/ It deepens like a coastal shelf/ Get off as quickly as you can/ And don’t have any kids yourself”. Happy Poetry Day!

Steve Jones is professor of genetics at University College London 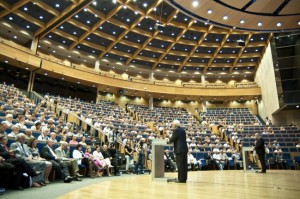 Prizes awarded at the 6th European Congress of Mathematics in Krakow