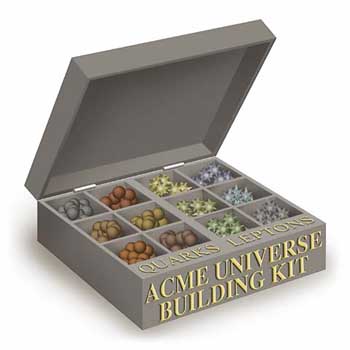 Mike Perricone on plus magazine
This article first appeared on the FQXi community website, which does for physics and cosmology what Plus does for maths: provide the public with a deeper understanding of known and future discoveries in these areas, and their potential implications for our worldview. FQXi are our partners in our Science fiction, science fact project, which asked you to nominate questions from the frontiers of physics you’d like to have answered. This article addresses the question “How many dimensions are there?”. Click here to see other articles on the topic.

Eva Silverstein’s specialty is the complex realm of theoretical high-energy physics, although her outlook on life and work as a scientist would resonate with the insights of Henry David Thoreau.

“Simplify, simplify, simplify!” wrote Thoreau in Walden. Silverstein’s goals as a physicist are similar, despite the intricacies of her work in extra dimensions and string theory, ideas that offer serious challenges to our everyday, three-dimensional imaginations.

The capacity to structure and simplify what we experience in the world around us generated Silverstein’s original strong attraction to physics.

At Lewis and Clark High School in Spokane, Washington in the 1980s, Silverstein was drawn by the ability of physics and mathematics to offer concrete, precise explanations of everyday occurrences. She also had an exceptional instructor. “I had a fantastic high school physics teacher, Larry Elsom,” she recalls. “In addition to teaching the technical aspects of the subject well, he understood what to emphasise, and why certain advances were amazing, such as Newton’s role in unifying many phenomena into simple laws.”

Along the way, another unique teacher inspired Silverstein. “This was Einstein’s popular book on special relativity,” Silverstein said, referring to Relativity: The Special and the General Theory, originally published in 1916. “The book explained relativity in full detail, which was possible since [the theory] just requires basic algebra as well as simple but powerful thought experiments.”

Her early fascination with physics drew Silverstein first toward relativity, and then to high-energy physics, hooked by the latter’s “promise of providing simple laws from which many phenomena can be derived.” Beginning her advanced studies at Harvard, Silverstein received a Ph.D. from Princeton, and worked as a postdoc at Rutgers.

Silverstein’s professional path soon led to teaching and research at Stanford University and the Stanford Linear Accelerator Center in 1997. And her investigations into Dimensionality in String Theory won her a grant worth $50,000 from The Foundational Questions Institute, furthering her attempts to explain the physical structure of our existence and the universe. The standard model of fundamental particles and forces, the theoretical foundation of high-energy particle physics for more than 30 years, says that 12 point-like particles (six quarks and six leptons) are the tiny building blocks of all matter (see Particle hunting at the LHC for more). String theory proposes that these particles actually arise from the vibrations of tiny one-dimensional strings, like infinitesimally small violin strings under tension (seeString theory: From Newton to Einstein and beyond for more).

String theory attempts to unite general relativity, which describes gravity and the large-scale structure of the universe, with quantum mechanics, which unites the strong, the weak and the electromagnetic forces at the subatomic scale. Einstein once said that unifying gravity with the other three forces is the ultimate goal of physics, and today, string theorists believe that they have the key to this integration.

String theory requires the existence of many more dimensions than the four dimensions of everyday experience (three dimensions of space and one dimension of time): exactly flat and static spacetimes exist in 10 dimensions, while cosmological solutions occur in a much wider variety of dimensionalities.

That’s where Silverstein’s recent work enters our picture: she is learning about new ways that extra dimensions can emerge. “To specify the position of an object,” she explains, “you normally need to say where it is in the familiar three-dimensional space. In models with extra dimensions, one needs to specify where it is in some directions which are perpendicular to the basic three.”

Silverstein says her work would not be possible without the contributions of her collaborators, most recently Ofer Aharony of Israel’s Weizmann Institute; Albion Lawrence of Brandeis University; John McGreevy of MIT; David Morrison of the University of California, Santa Barbara; and Daniel Green and David Starr, her graduate students at Stanford. She describes their signature result as leading toward “a new duality,” showing that generic spaces have intrinsically more dimensions in string theory than they would have in general relativity.

“String theory allows us to smooth out the short-distance singularities of gravity,” she explains. “In doing so, it adds new degrees of freedom, and yields predictions for physical processes which differ from those of ordinary general relativity.” Silverstein says that others have studied aspects of this quantum geometry before. “What we are finding is that the extra degrees of freedom of string theory – coming from the topology, from unshrinkable circles occurring in generic spaces – correct its effective dimensionality as well.”

“What I think is most distinctive about Silverstein’s work,” says Joseph Polchinski of the Kavli Institute for Theoretical Physics at the University of California, Santa Barbara, “is that she has consistently, throughout her career, focused on the most important questions, even though these are often very difficult. In string theory, there are a lot of puzzles that lead to nice mathematical answers, and get a lot of attention for that reason. Silverstein is strong mathematically, but she addresses the key physical questions, such as supersymmetry breaking, the cosmological constant, and the resolution of spacetime singularities. This approach is risky, because these questions are difficult, but she has had great success nonetheless.”

Silverstein’s research began as a way to model dark energy in string theory. What lies ahead, she says, is seeing whether distinctive phenomena appear that might help in connecting string theory to observations.

Clearly, she has a lot on her plate. While admitting she doesn’t take much time off from work, Silverstein enjoys running, biking and reading as routes to relaxation. She is married to Stanford physicist Shamit Kachru, who formulated a recent model of dark energy in string theory (the KKLT model, for Kachru, Renata Kallosh, Andrei Linde, all of Stanford; and Sandip Trivedi, of India’s Tata Institute). Together, they enjoy sports and also take in the occasional play or musical performance. Silverstein runs each morning after some quiet work at home, before heading into the office.

So, how does Silverstein unify all the elements of a busy life? “I learned the hard way,” she says, “that getting enough sleep at night, sometimes a challenge for me, is most effective also for getting things done.” 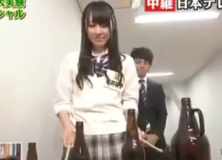 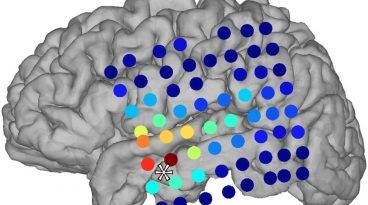 Inside the unconscious brain